Boris Johnson (I know, don’t laugh) was appointed Foreign Secretary in July 2016 and that move can now only be seen as a symbol of how incompetent and amateur the FCO actually is and by inference the UK Government.

Imagine if you will that the FCO sent out a picture of Tower Bridge in London but that the bridge shown was actually London Bridge. Wouldn’t happen would it?

However, when it comes to Scotland the FCO becomes the Very Foreign Office. And the people of Scotland are happy to rip the piss in showing their disdain. 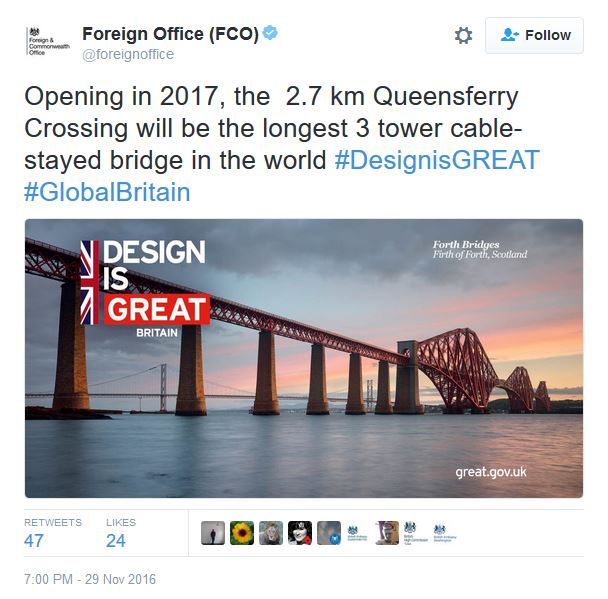 -         You will have no doubt noticed the photo is of the Forth Bridge; a rail bridge built in the 19th Century. Pictured is certainly not the Queensferry Crossing which is due to open in 2017.

-         The UK Government provided NO funding towards this project regardless of its role as a critical link between the Lothians (& the South) and the Kingdom of Fife (& the North). This despite the love of funding projects of ‘national importance’ like the Millenium Dome, the London Olympics, London Underground, HS2 (London to Manchester rail network) and billing Scotland for its share. Incidentally, the Glasgow Commonwealth Games received no ‘UK’ funding either. 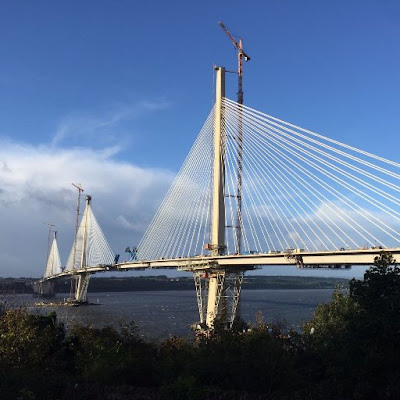 To me, and it seems I’m not alone, this seems a perfect example of the Westminster Government’s attitude to and knowledge of Scotland. Not only are our world famous engineering feats alien to them (in this case) but also (as proven regularly by the mainstream media, metropolitan-based political commentators & politicians) our politics, culture, law, education, Health Service and indeed ‘role’ in the Union.

That said Scots on Twitter were quick to lampoon their incompetence. 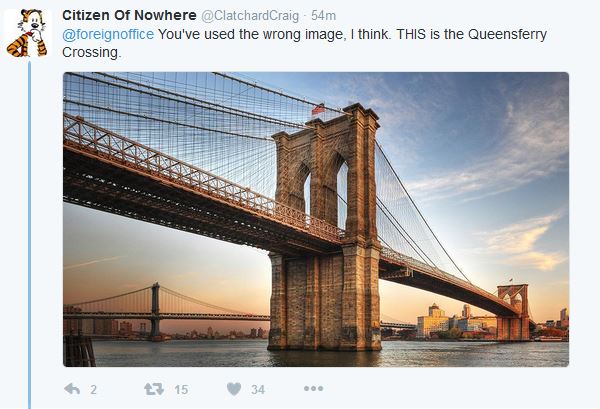 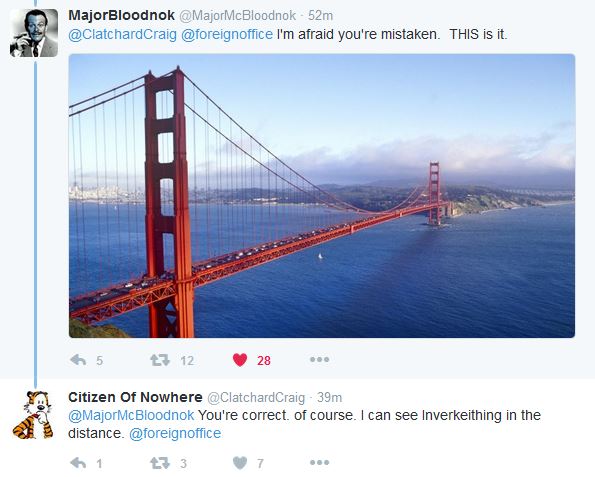 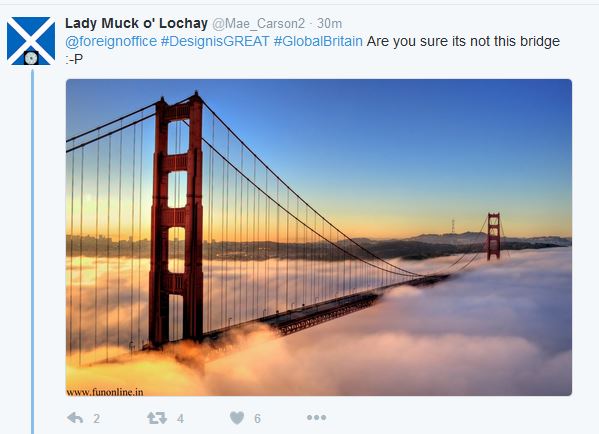 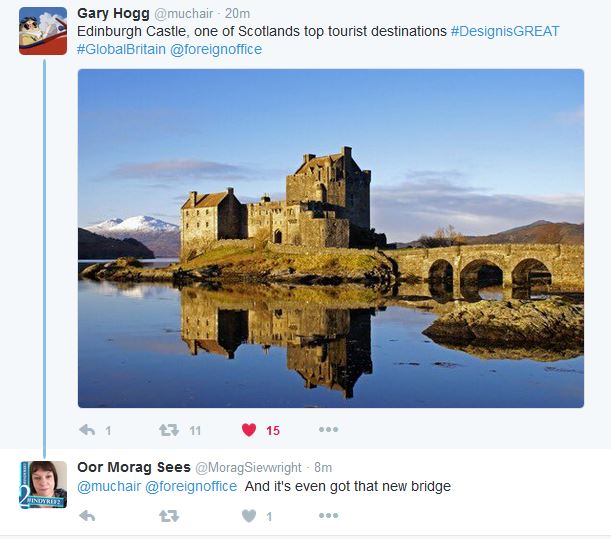 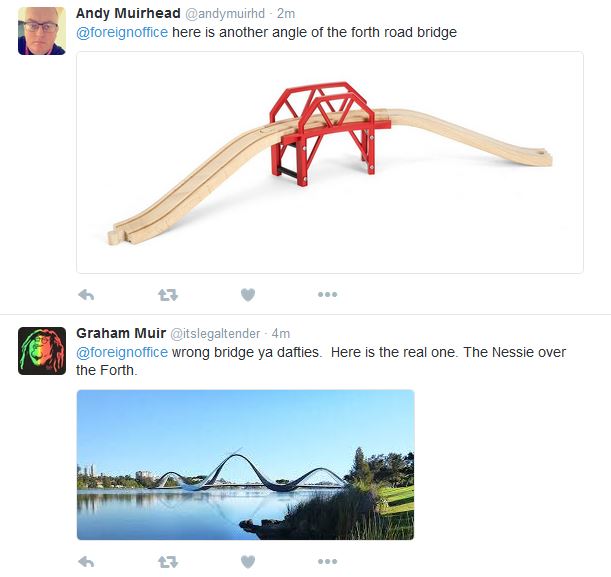 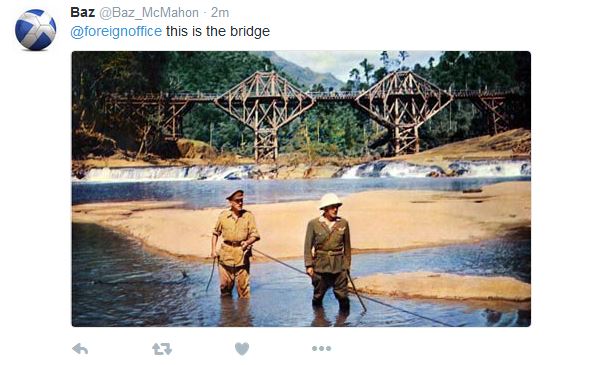 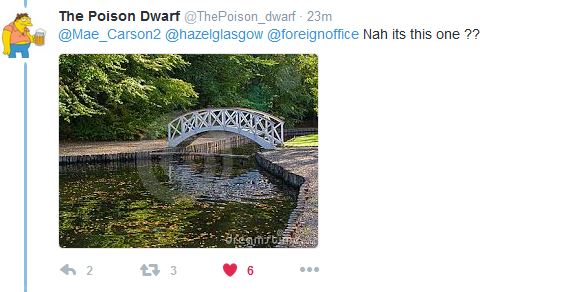 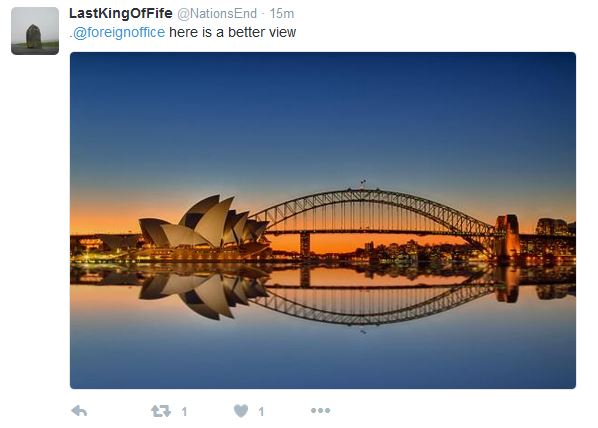 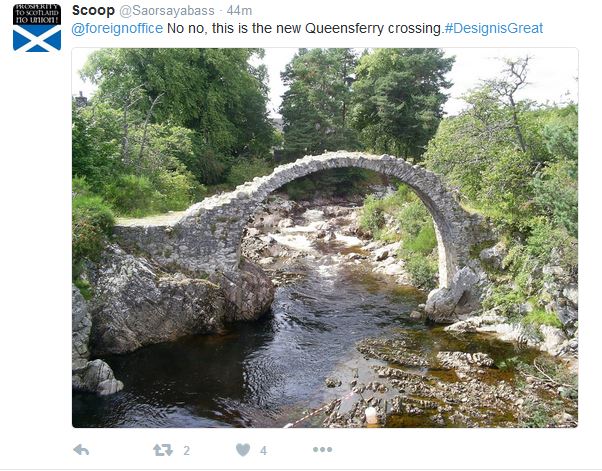 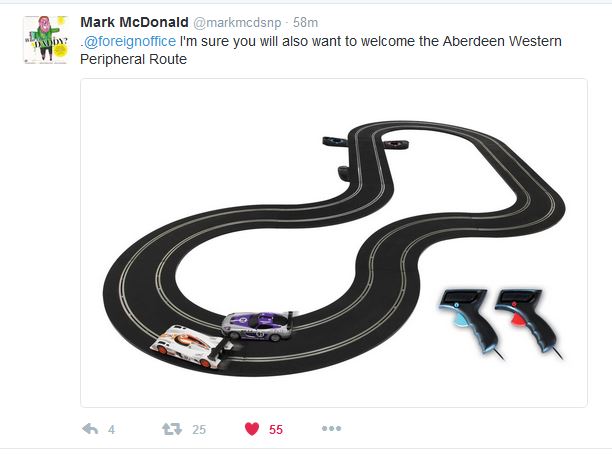 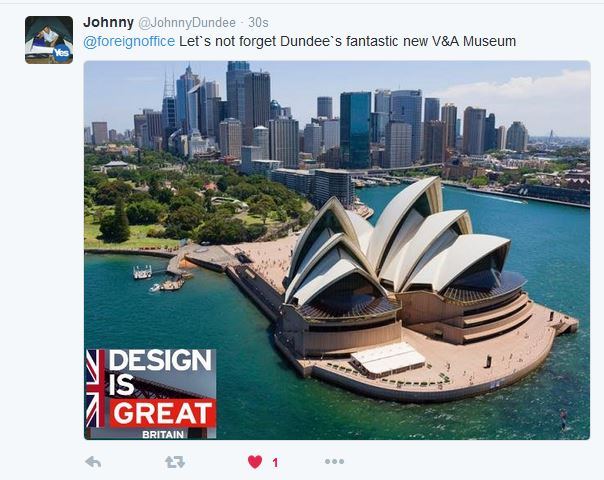 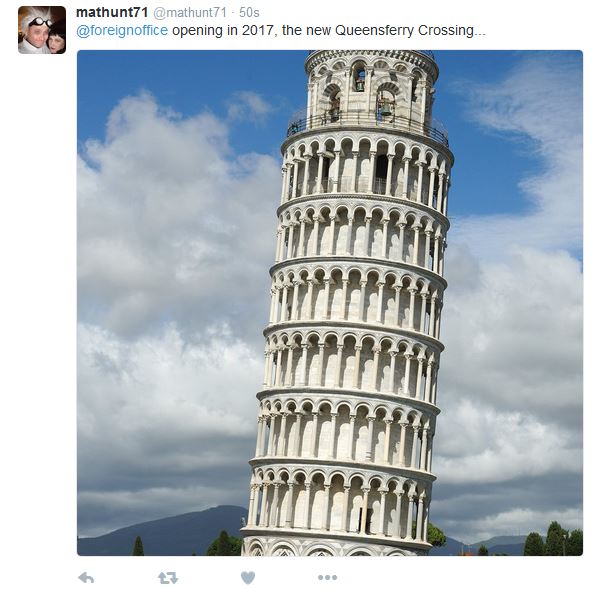 Jovial as the banter was the FCO's tweet really did prove insulting on so many levels: 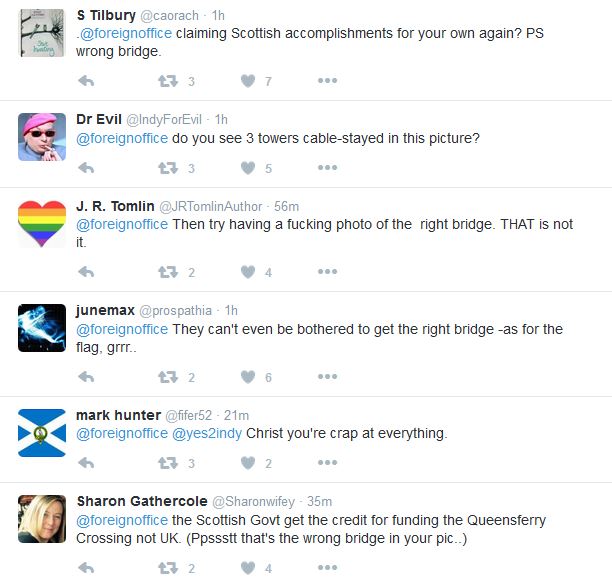 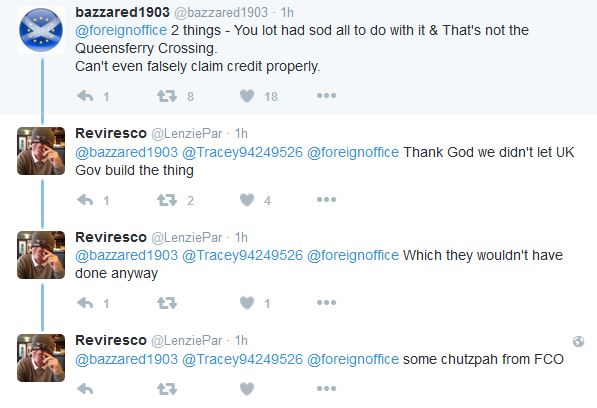 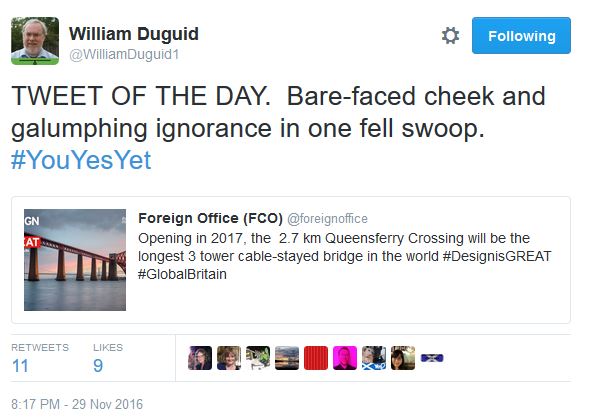 So in trying to claim credit for the UK Government (when Labour, Conservative and Lib Dems were all vehemently against the project from the outset) the FCO has only shown itself to be an amateurish, ignorant, self-important, vanity project geared to spouting UK propaganda at all costs and regardless of the facts. Surprised? Me neither.