The Perils of a Homemade Commercial

There are some fantastic commercials out there, old and new; indeed some are like mini movies.

Others have spawned directors who have gone on to actual movie success.

One such director is Jonathan Glazer. He directed the excellent movie Sexy Beast in 2000 starring Ray Winstone and Sir Ben Kingsley and was at the helm of the multi award-winning 'Surfer' ad in 1999 for  Guinness Draught. I was working for Diageo at Park Royal Brewery, London at that time and when it was first shown to employees it received tumultuous applause. It blew me away, and in fairness I always believed the Guinness Draught commercials were some of the best.

'Surfer', however seemed to be extra special and I suppose vindication of this is that it was voted 'Best Ad of All Time' in a combined Channel 4/Sunday Times poll.

For those that haven't seen it or can't quite remember (Really? How could you forget?) here it is... 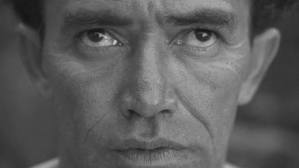 Excellent eh? Professionally done. And that is the poor self-published author's problem you see.
I certainly can't afford to have a professional commercial done for my book(s) so I thought I would make one myself. I mean, what could possibly go wrong? I have an artistic bent. An ideas man. And...I live by the beach so have a perfect location for a commercial.

My first attempt took about 40 minutes of preparation; I waited for the Edinburgh train to pass (clever thinking), I lay posters down on the sand every eight feet or so from the waterline up to the sand dunes. I had some props: a longbow (which I strung), a miniature copy of the St Margaret stained glass window at Edinburgh Castle, a pile of leaflets advertising 'Death of a King' which I spread atop a sand dune and finally the piece de la resistance - my tall banner which I had to spend some time on weighing it down and tying it up so it didn't blow over in the wind. I made sure there was no litter or any modern 'stuff' on show. Realism is what I want. All done in bare feet. I woudn't want to have any nasty boot-prints in the sand would I? That would be so un-medieval.

Finally, I was ready. Starting at the surfs edge I stooped to film the water before moving slowly up the beach filming the sand as I went and look! a poster, then another one snuggling in the sand with the odd sea-shell strategically placed. Then, the longbow, the little framed St Margaret 'window' and finally up the little dune to reveal leaflets and the wonderful banner.

My plan was to then talk through the book 'blurb' (the bit on the back) but then there was something my meticulous planning had missed. I had spent so long doing all this that as I started to speak I found I could barely speak. I was out of breath, gasping for air and stuttering on some of the words as I read from the banner. I gave up.

For the next attempt I would forgo all the posters and the gliding up the beach. I would start up on the dune by the banner. I would make it short and sweet.

And then something happened...


So, I certainly ain't no 'Jonathan Glazer' and my homemade commercial attempt ain't no 'Surfer'.