When Is A Con Not A Con?


Answer: When it is carried out by a politician.

After the ‘No’ vote in the Scottish referendum there has been much talk of a rigged ballot outcome; suspicious looking videos, eye-witness testimonies & other claims. I do not intend to dwell on the legitimacy of any of these (although would not entirely dismiss them) but, for me, there is another far more important ‘elephant in the room’.

And frankly I am staggered that no-one seems to have either noticed it or is talking about it. It concerns democracy; it concerns trickery. Or, if you like to call a spade a spade, it concerns lies and misinformation.

Please let me start to explain my concerns by introducing a paragraph from Age Scotland (Age UK):

Section - Elder Abuse, Point 2
‘Action on Elder Abuse uses the definition: a single or repeated action, occurring within any relationship where there is an expectation of trust, which causes harm or distress to an older person’.

Indeed the scammers at the doorstep and phone-calling conmen are taken very seriously by the Police and offenders can receive jail terms.

So, given that we have a duty of care to our pensioners and laws to protect them I would like to ask this: Why do politicians get away with ‘conning’ pensioners into voting a particular way with downright lies or misinformation? I would suggest that being able to vote is one of the precious rights of a ‘democracy’, perhaps THE most important right. Our forefathers fought for the right to vote. And yet, many in Scotland voted 'No' because of a perceived threat to their pensions from a man with whom they had 'an expectation of trust'.

So, I ask, when Gordon Brown was talking to ‘invite only’ audiences of pensioners and told them their pension was under threat if Scotland were to be independent was he not, too, just tricking them in the same way as an uninvited ‘doorstepping conman’? 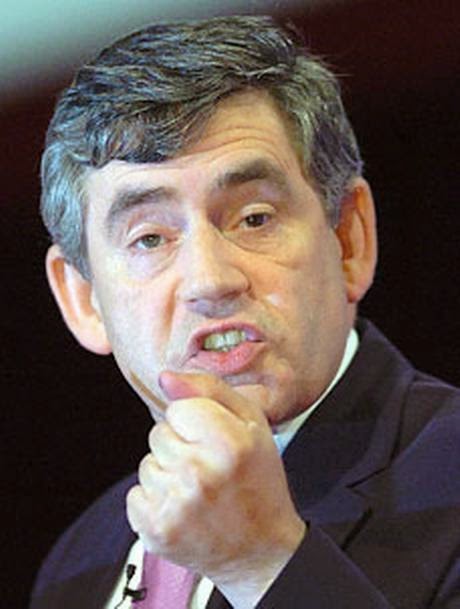 'Vote No or your pensions get this'

In the end around 73% of Scotland’s over 65s voted No – by far the largest sector of society to do so – compared to the 71% of 16 and 17 year olds who voted Yes for their future. It has been suggested, rightly in my view, that this sector of the voting population 'swung the vote in favour of the Better Together campaign.' Let me be clear pensioners are not to blame here, after all they believed they could trust Gordon Brown. I know people who told elderly relatives that their pensions would be safe but were unable to nullify what these elderly people had been told by the 'Better Together, the BBC & Gordon Brown'. 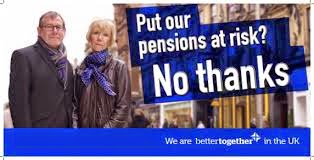 However, here’s what the UK Government Minister for Pensions (Steve Webb) said to the Scottish Affairs Committee at Westminster prior to the Referendum when asked if Scottish pensioners’ pensions would not be adversely affected by independence:

‘They have accumulated rights into the UK system under the UK rules to a pension, at the age we would have paid it to them, not at which the Scottish Government would.’ Indeed the website Wings Over Scotland had an excellent article on the implications of pensions in an independent Scotland.


Wings Over Scotland - The Pensioner Jackpot

What Mr Brown also 'forgot' to reveal is that in the 2012 Budget pension ages were increased meaning we all have to work longer anyway under Westminster rule. 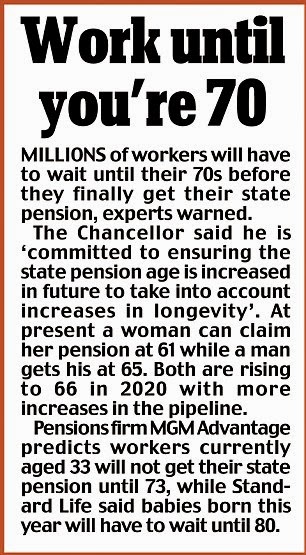 We all tend to say 'you can't believe politicians' in a 'well, what can you do about it' sort of way, but lets face it this flies in the face of democracy. If you are unable to make a decision because facts are misrepresented or make a decision about your vote due to a twisting of the truth is this not a serious matter; a flaw in the system? Well, obviously yes it is. And that's how they (the Westminster politicians) want it and how they survive. Surely this is scandalous!

There is absolutely no doubt in my mind that Yes Scotland won the argument which is why Better Together spoke mainly at closed meetings, constantly refused to debate in the village halls, kirks and community centres and used a compliant media to get their message out. That message was not a 'positive case for the Union'; there is none. We would have had it rammed down our throats had there been one.

The referendum was won by obfuscation, misinformation and scare stories. It was the only way it could be won; hide the truth and scare the electorate. Unfortunately, it worked. This time. But we can rely on these self-serving, duplicitous, Unionist politicians to fall on their own swords soon.

As a wise man once told me 'at the end of the day there are only two things that come out; one is the moon, the other is the truth.'