Valentine’s Day 2015 – Sky News report that ‘David Cameron proposes that those refusing help on obesity, drug addiction and alcoholism will risk losing up to £100 per week’.

Are you feeling the love yet?

Given that Job Seeker’s Allowance is currently around £72 per week and Employment Support Allowance is around £123 per week that’s some going.

Cameron’s ongoing demonization of the poor, weak and vulnerable aided by a willing right-wing media and carried out by the odious Iain Duncan-Smith is only to be expected by an Establishment Party that fails in its duty to enforce almost any rules on the rich.

But let’s leave tax avoidance and tax evasion for another day. 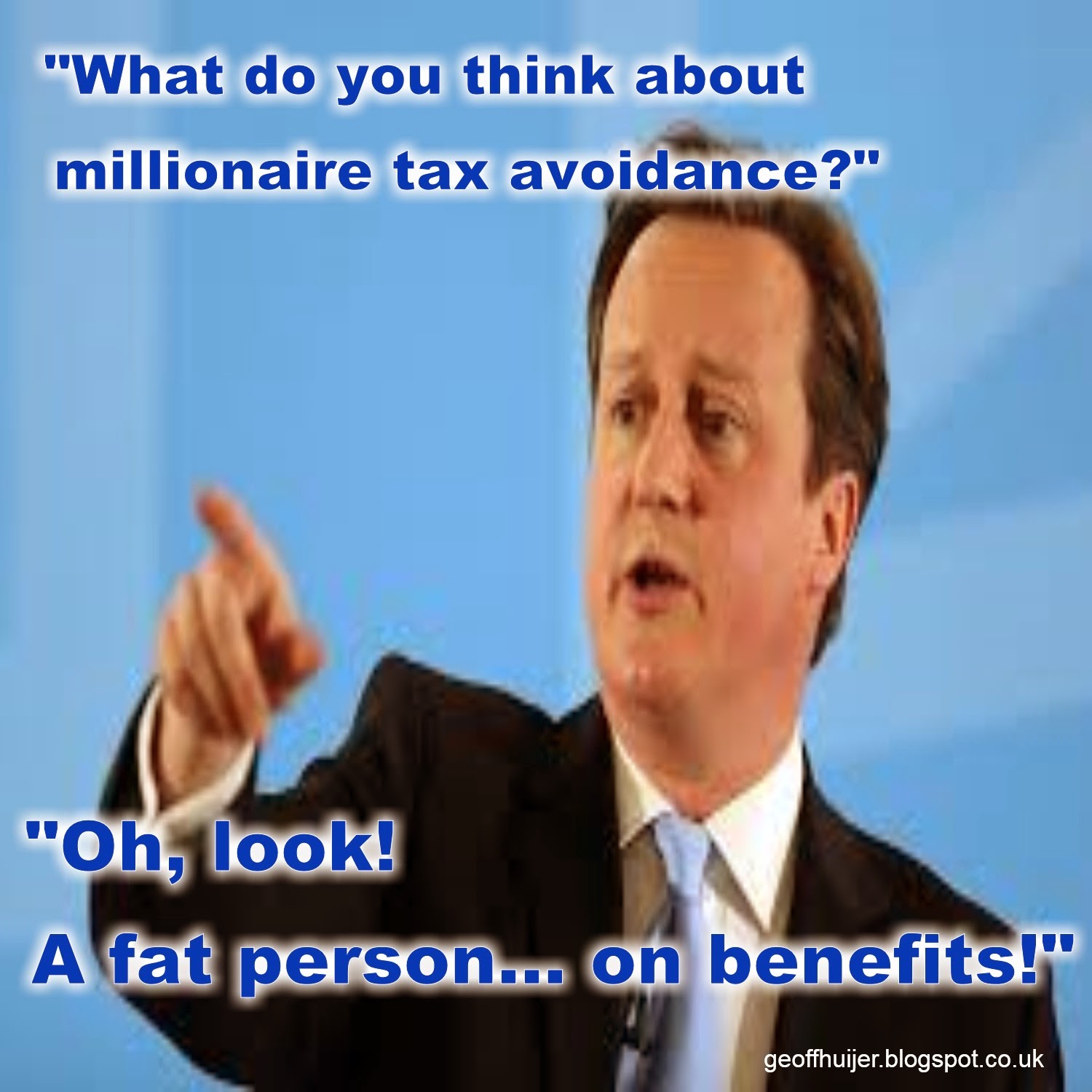 The Westminster Parties (Blue & Red Tory) are seemingly perfectly happy to have sick, disabled (physical or mental) and vulnerable people die once they have been wrongly assessed ‘fit for work’.

Benefit fraud amounts to 0.7% of claims. But what of the fraudulent few? And what of those who are sick now deemed (usually against own GP advice) fit to work?

According to the Government’s own Office For National Statistics (so figures should be taken with a pinch of salt but it’s all we have to work with):

1.    Nov 2014 saw 9.09 million people NOT seeking or available for work (the disgustingly sterile and dehumanising term for this group is ‘economically inactive’) which is 41,000 more Year-on-Year. ‘Hey folks! I’m not homeless, I’m economically inactive!’

'Economically inactive' reminds me of this scene in the movie 'Falling Down'.

So, according to the Government’s OWN figures (which no doubt don’t count people on ‘workfare’or sanctions and many of the other spiffing ways of excluding them from official figures) there are not enough jobs to go around – 0.3 of a job for each person ‘unemployed’ (Number from 2. above) and 0.06 of a job each (Number from adding 1. & 2. Above).

But, you will be sanctioned/lose money if you don’t find a job!

This is what we’re dealing with here people; an almost impossible task, and just how many of those jobs are zero-contract, part-time, minimum wage, and the like?

Add to this the desire to punish the addicted into work and you get an idea of the immorality of the people in Government.

According to magazine Psychology Today in an article entitled ‘5 Myths about addiction that undermine recovery’ the top two myths are:
1.    Addicts are bad people who deserve to be punished.
2.    Addiction is a choice.

The UK Government conveniently ignore these two facts and continue on their quest of demonization and dehumanization.

Can you see the funds being released to achieve any of this? No.

Would the NHS cope with its current underfunding? No.

Threatening people into recovery? Won’t work.
Posted by Unknown at 08:06