On the 18th September 2014 there is a referendum in Scotland where people will be asked to tick a box (Yes or No) to the question ‘Should Scotland be an independent country?’


Currently, however, the media has become obsessed with the European Union, the Euro, the Pound, being ‘British’, passport controls and borders, immigration, businesses leaving en-masse, the SNP and Alex Salmond.


One question that hasn’t been discussed and one that really should be posed before asking if Scotland should be independent is ‘Is Scotland a country?’ Yes or No.


I ask this because the way one thinks about Scotland itself is integral to how one might vote.


Do you think Scotland is just a region of the UK in the same way Yorkshire is?


Do you think Scotland is a country in the same way France is?


According to the UK Government’s own legal advice (published 11th Feb 2013) Scotland doesn’t exist anyway so perhaps it’s all moot. What? I hear you say. Doesn’t exist?

Point 35 of the document says ‘as a matter of international law England continued, albeit under a new name and regardless of the position in domestic law, and was simply enlarged to incorporate Scotland.’


Point 37: ‘it is not necessary to decide between these two views of the union of 1707. Whether or not England was also extinguished by the union, Scotland certainly was extinguished as a matter of international law, by merger either into an enlarged and renamed England or into an entirely new state.’

Click Here for link to Wings Over Scotland and more information

Now, I’m sure many people will be shocked to read this and may even struggle to believe that it is actually true. After all they never saw it on TV News reports or splashed across all the newspapers at the time. Well, they would be right; it was neither reported on television nor featured in newspapers. But why? Perhaps it is because the mainstream media are almost exclusively pro-Union and this is the type of revelation that needs hiding (not in the McCrone Report sense; that was the Government that secreted it away) but in a way that the public just don’t know about it.

How many people would just accept being told that their country no longer existed in international law?


So back to my question. Is Scotland a country? If you think it is not and it is therefore just a ‘region’ of Britain or the UK (or indeed England) then the box you would tick would be No.


If you think it is a country then the box to tick on this question would be Yes. 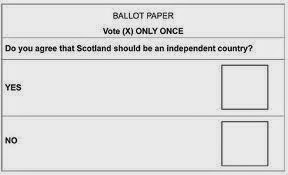 This makes the independence question on the 18th September 2014 a little easier; if you think Scotland is not a country then ‘No’ it shouldn’t be an independent one should it?


However, if you think Scotland IS a country (and hasn’t been extinguished as per the UK Government legal advice) then the answer should be easier to answer. Should.


However, some people will say it is a country, that they are Proud Scots, but they believe another country (i.e. England, or Britain if you prefer) should remain the source of decision making (Westminster). What other country on the planet has a people that believes that they themselves are not capable of running their own affairs? Can you imagine France voting to have all their decisions made for them by Germany? And their parliament moved to Berlin?


Would Norway happily have all their decisions made for them in Stockholm, Sweden’s capital?


Indeed, can you imagine people in England agreeing to have government moved to Holyrood in Edinburgh and all decisions made there?


Because, surely if you think your country is a country then the default system is sovereign independence. Sovereignty: the authority of a state to govern itself; a self-governing state.

But then again perhaps you agree that Scotland really was extinguished by the Act of Union.


I had the immense pleasure of visiting Texas in 2009. I stayed in Round Rock near Austin the State Capital and had a couple of weeks exploring the area taking in Georgetown, Waco (in particular the excellent wee Zoo there) and had a wee jaunt down to San Antonio which is famed for The Alamo.


What I found was incredibly friendly people proud of their Texan heritage and streets that seemed impervious to litter. I have always experienced a warm welcome when visiting the USA but one thing I didn’t expect on this trip was the wealth and depth of Scottish influence within the State. 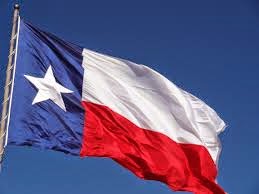 I will only be able to scrape the surface here but some of the main facts I found had me surprised I never knew about it; perhaps schools in Scotland should be looking at informing pupils of more of the Scottish influences and contributions worldwide.

Austin is the State Capital, named after Steven F Austin (1793 – 1836) who on receiving a grant, originally given to his father, was able to bring 300 colonists to Texas. Over 40% of those original colonists were Scots. 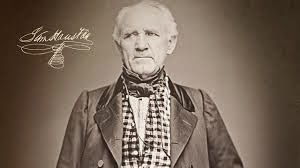 Sam Houston (1793 – 1886) an Ulster Scot led the call for Texan autonomy from Mexico and set about recruiting a force to support it.


His ancestry is said to go back to Houston, Renfrewshire.


In December 1835 a group of Houston’s volunteers took the Southern Texas town of San Antonio. They set up at a former mission called the Alamo. When in March 1836 Texas declared independence Houston was commander of the armed forces.


The Mexican response was to send an army to besiege the Alamo. We know that there were 189 defenders and that almost one-third of those were Scots or of Scots heritage including Davy Crockett, Jim Bowie (of the Bowie knife fame), Richard W Ballantyne, Isaac Robertson, David L Wilson, and John McGregor (who played the bagpipes during the attack). Reports on the strength of the Mexican army can vary but is generally believed it was around 3,000 strong; after 4 days with the defenders wiped out 1,400 Mexicans were left. 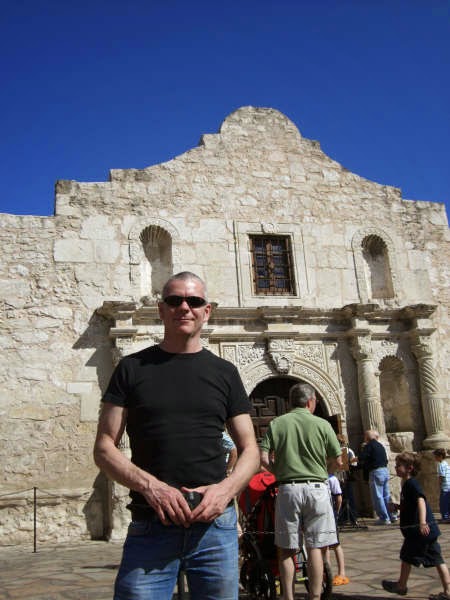 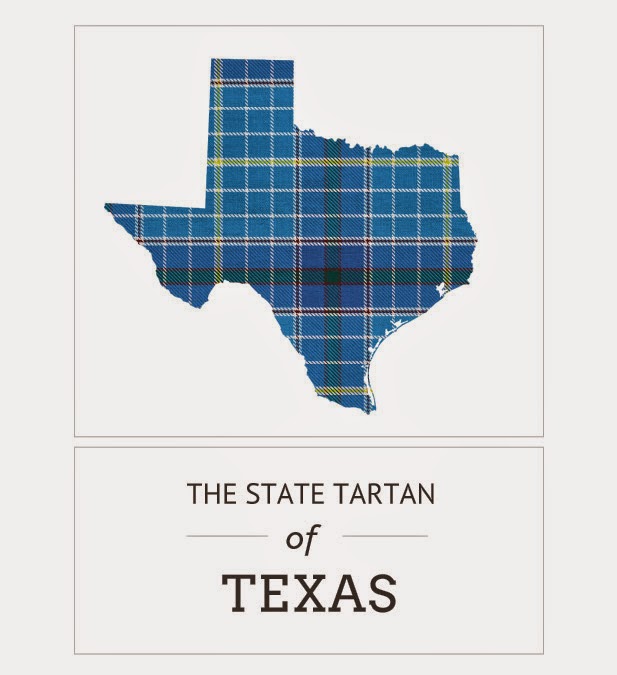 This blog post can simply not do justice to the connections between Texas and Scotland but there are a surprising amount of websites to visit for much more information. Better yet, go visit!