Threats and the Treaty (Act) of Union

The Treaty of Union (mistakingly called 'Act') in 1707 between England and Scotland is often summed up quoting Robert Burns: 'Bought and sold for English gold'. The reference here being the lands in England that were awarded to Scottish noblemen who were signatories to the 'deal'.

However, it is less commonly known that the 'bribes' were only the icing on the cake. There were far more serious threats both financial and military which the nobles could no doubt not ignore. 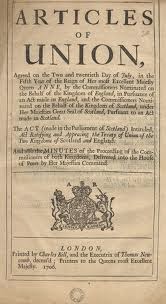 The English Aliens Act stated that unless that Crown of Scotland had been settled in the same manner as England by 25th December 1705, from that date all Scots would be treated as aliens in England & incapable of inheriting property. From that date no cattle, sheep, coal or linen (i.e.Scotland's main exports) would be imported into England.

"England is now at war with France; if Scotland were at peace, and
consequently at liberty to trade with France, would not that immediately
necessitate a war betwixt England & Scotland also, as has often been the case
before the two nations were under the same sovereign?
And though perhaps some turbulent spirits in Scotland may be desiring to
have it so again, if they please to consult history the will not find the advantage
of these breaches has often been on the side of Scotland; and if they will give
themselves leave to consider how much England has increased in wealth & power
since those times, perhaps the present conjuncture will not appear more
favourable for them, but on the contrary rather furnish arguments for enforcing
the necessity of a speedy union between the two nations; which is a notion that
I find has so little prevalency in the present parliament of Scotland.
And I hope your Lordship will not be offended with me if I take the freedom
to be of the opinion they may possibly be sorry for it too, when the opportunity
is out of their reach." 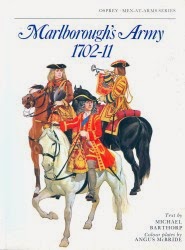 "The Scottish commissioners in 1706 were certainly negotiating under the
implied threat if negotiations failed, of invasion by one of the great captains
of history (Marlborough) at the head of a veteran army, backed by the military
resources of one of the most powerful states in Europe."

There are other examples, but although the 'bought and sold' quote is certainly true the underlying threats of sanctions and invasion must have had more of an impact on those who were in positions of power in Scotland. Estimates of the percentage of the Scottish population against the 'Union' vary from the low 90s to around 98%.